It all began in 1890. My grandfather Louis Pugibet, then Maréchal Ferrant, fell in love with a winegrower’s daughter and received the first hectare as a dowry. He soon bought the neighbouring land to develop the estate and baptised it with the name of La Colombette, rue de Toulouse, where he came from. He had two daughters and a son. His son arrived late, he was 18 years younger than his sister, and he was forced to take over the family estate.
“Petit Louis” was his nickname because he was not tall, dreamed of travelling and was a great rugby fan. In difficult times, he had the great merit of building the cellar, the dwelling house and maintaining the vineyard in its integrity. He gave us a wonderful childhood punctuated by bicycle trips.

A QUALITY PIONEER IN LANGUEDOC

1966 marked a turning point in the future of La Colombette. It was at this date that I took over the estate. The first years at my father’s side were a hard apprenticeship. We didn’t have a tractor, and everything was worked on horseback. For 7 years, I learned how to drive this animal. If it wasn’t always unpleasant, I’m not nostalgic for it.

From the beginning of the 1970s, I had more freedom and I started to renovate the estate. I made the difficult choice to never rely on subsidies but to practice a viticulture oriented towards a market that was looking for more quality. Everything had to be created.
I planted grape varieties that were not thought to be adapted to the conditions in Languedoc. First Grenache and Syrah, then Chardonnay, Sauvignon or Pinot. All this pioneering work was accompanied by a permanent arm wrestling with the administration, as we know today with our work on alcohol management or resistant grape varieties. Times change more easily than people… The pruning and driving methods have been turned upside down with the adoption of Royat pruning and trellising to bring them closer to the standards of the great French regions. Mechanisation

of the harvest, only 7 years after abandoning the horse, allowed more time to be spent in the cellar. The winemaking process has become more precise with the most important thing for our region: temperature control. Learning how to mature the wine in barrels and how to bottle it was no mean feat.
All this work for quality has been widely rewarded. First of all, by loyal and ever-increasing numbers of customers, but also by winning competitions. The most revealing was the “Chardonnays of the World” competition where I twice obtained the highest distinction, beating out the greatest Burgundians. This earned me the nickname, which does not displease me, of “Devil of the Chardonnay“.

1997 will be a terrible year with the death of my wife Jeannette who had always supported me and worked with me for several years. It was at this difficult time that my son Vincent, an engineering degree in his pocket, joined me. Together we are going to continue in the same direction, but everything is going to accelerate, technically, commercially and economically.
In the vineyard, we install drip irrigation, which was not, at the time, consensual as it is today. Since 2002, we have been betting on screw caps, which now represent 80% of the estate’s corking. Finally, we are fully committed to reducing the alcohol content of our wines. It will be an exhausting fight against the French administration but also against all the conservatism of the sector. Supported by customers as convinced as we are, we will have the satisfaction to see that “bodybuilt” wines will progressively be unanimously denounced, the world returning little by little to more reasonable alcohol rates.
To accompany the new Plume range, in the mid-2000s we began to think about the cutting mode. We develop an original system of natural bush steering. Like the harvesting machine 20 years earlier, mechanisation of this long and costly operation will free us of time and means. I’ll wonder for a long time why we didn’t think of it sooner!
Little by little, as our great-grandfather had done, we bought the surrounding vineyards. But the proximity of Béziers making things more and more difficult, we decide to acquire a new vineyard near Agde already certified organic. Until then we had no organic vines because of the divergence of views on the use of copper and sulphur. We are going to take this opportunity to imagine another idea of organic by investing fully in the cultivation of resistant grape varieties. Now at the head of Europe’s largest experimental vineyard, I am looking forward with some amusement to a replantation of our vineyard as I did in the 70s and 80s. This idea rejuvenates me.
During these years, we will be awarded a gold medal at the “Wines Innovation Awards” for our work on alcohol and a “Groβes Gold Medal” by the German Minister of Agriculture for our work on resistant grape varieties. But beyond the awards, I have the satisfaction, over the last 50 years, of having been a pioneer and an essential driving force for innovation, thus participating very actively in the renewal of the Languedoc region.

THE 5TH GENERATION POINTS THE TIP OF ITS NOSE

To my great joy, the 5th generation is showing the tip of its nose. Gabriel, my first grandson, had the good idea of being born with the launch of the “Plume” range at the Vinexpo trade fair

2005. Since then, two other little ones have had the pleasure of picking our grapes without pesticides. To my great relief, Sophie, Vincent’s wife, joined us and freed me from all the administrative burdens by taking charge of the office. Together, they bought other estates all vinified at La Colombette which remains the nerve centre. First of all, the Domaine de la Trésorière, an emblematic château in the Biterrois, where two academicians were born. On the road to Saint-Chinian, it offers a terroir favourable to red wines. In a completely different style, between Agde and Picpoul, the Domaine de Belle-Rive with its fertile but very fresh terroir, ideal for whites, has expanded our offer. I never imagined that I would be able to manage such a plot of land where my great-grandfather was a simple day labourer more than 100 years ago.
From now on, I am fully dedicated to our latest project: the selection of resistant grape varieties adapted to our terroir and growing methods. A long, ambitious but exciting project.

4 preconceived ideas about vines and wine

1/  The vine needs to be watered

TRUE: In our Mediterranean climates, rainfall is very capricious, alternating diluvian episodes with extreme droughts. The drip irrigation that we practise allows us to attenuate these great variations and ensures the plant a regularity of production and quality. It is more effective than prayers and more positive than laments.

2/  The vine must be pruned by hand

FALSE: The way in which vines are pruned has evolved over the centuries. The pruning methods we know today date back to the mid-19th century. They were mainly used to facilitate manual harvesting. For many years we have opted for natural bush management, close to the management systems of the Middle Ages, which allows mechanisation of pruning..

TRUE: The demi-muids were the traditional barrels of the Languedoc. You could see many of them in the port of Marseillan. Two demi-muids corresponded to the load that a draught animal could pull. François Pugibet chose them to mature his top-of-the-range cuvées because the greater thickness of the staves and the surface/volume ratio allow for more elegant maturing in our climates.

4/  Screw caps are not suitable for ageing wines

FALSE: The screw cap is the most hermetic closure to date. It will limit the entry of oxygen into the bottle as much as possible. The freshness of the aromas will be better preserved. All comparative studies show that it is the best corking for the quality of the wine. Only the aesthetic side is a brake on its development.

Where does the irrigation water come from?

Irrigation water is supplied by a collective network managed by the BRL company, which excludes boreholes. In practice, this water is stored in lakes on the edge of the Massif Central. It is released into the coastal rivers according to pumping requirements. For the anecdote, the water of la Colombette comes from the Avène dam, where the beauty products of the famous “Avène” brand are manufactured. Our vineyard is irrigated with prestigious water, a source of eternal youth. This is perhaps our secret… 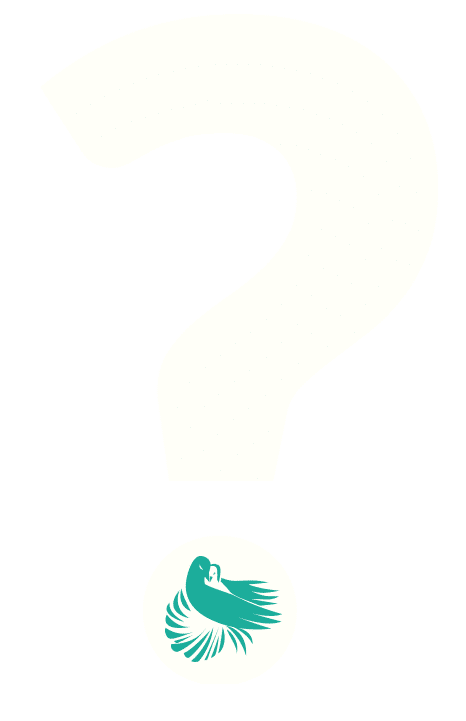