Low in alcohol, with only 9% alcohol, La Plume cuvée has become over the years the mascot and emblem of the Colombette estate. It bears witness to the capacity for innovation and the fighting spirit of my husband Vincent and his father François. My apprenticeship in the world of wine was made through this adventure that I first lived from afar and then joined in 2010.

At the beginning of the 2000s, my favourite winemakers were the first to be alarmed by the increase in alcohol levels in wines. With the predominance of the Anglo-Saxon markets and global warming, more and more wines were titrating 14 degrees of alcohol and more. The house’s great vintages were no exception. They found that this excess of power penalized elegance and finesse. They thought that we were losing in conviviality and simply in the pleasure of drinking. To make matters worse for a winegrower, I saw them gradually drinking water for their daily lunches.

Exciting research has begun to return to more reasonable alcohol levels. They worked on grape varieties, cultivation methods and vinification. A first step was then taken by proposing wines at 11.5%. But they quickly developed a very innovative process to correct the alcohol level based on reverse osmosis. Thus, was born, at the same time as our first son Gabriel at Vinexpo 2005, the “Plume” cuvée.

Far from being unanimous, this work has come up against the profession. Many felt that the wine was being denatured; more comical, that its virility was being affected. These were complicated years, with battles with the administration and our colleagues. But time proved their visionary spirit to be right. Little by little, everyone agreed that excess alcohol was a problem. The English press, never lacking in contradictions, even began to criticise “bodybuilt” wines. The commitment of our family was a determining factor in this awareness. But never before has anyone had the audacity and talent to go so far and offer wines at 9% that have nothing to envy other wines. wines at 9% that have nothing to envy other wines without any additives, not even sugar, these “featherweight” wines compete with “heavyweight” wines from world-renowned estates. Beyond these symbolic victories, this work has profoundly changed our vision of the place of wine.

TRADITION, BACK TO THE FUTURE

When “Plume” was launched, there was an iconoclastic side to it. We were amused by the idea of a wine with less than 10%, with only 9%. But soon, an unexpected clientele joined this wine. It was not our usual clientele. They were rather old people, imbued with the culture of wine, people who didn’t consider themselves connoisseurs, but who couldn’t imagine making a meal without wine. Surprisingly, they didn’t see anything new, technical in this wine. They simply found in it the balance of their childhood, wines that are easy to drink; without taking into account the health argument. They simply said to themselves, “Finally, you can drink wine again if you feel good!”. There was an elementary pleasure in it.

This simplicity of approach reminded us of what wine is all about. What we had somewhat forgotten with the enlightened amateurs and a certain elitism. From the Portuguese Vinhos Verde to the Italian Lambrusco, from the Danube valley to the shores of the Mediterranean, historically, wine throughout Europe did not often exceed 10% vol. If until the middle of the 20th century, wine was such a good accompaniment to our daily life, our gastronomy and our artists, it was because it invigorated its connoisseur more than it made him sleepy. Of course, the wine of our ancestors, particularly in the Languedoc, was more acidic, more oxidative. Our work rejuvenated them by rounding them and preserving the fruit. In the spirit, we find this balance between relaxation and pleasure. Faced with somewhat prohibitionist tendencies, our main satisfaction was to bring the wine back to the tables. And no matter what some people think, we have returned to the fundamentals.

Today, Plume marvellously accompanies the evolutions of our society and its food choices. A new history is being written. With the emergence of a healthier, less meaty, less energetic and more vegetable-based cuisine, Plume has found its place. It is in keeping with the modernity of the plates, where the presentation is neat and delicate; whereas a glass of wine that is too alcoholic is somewhat discordant. Some chefs are beginning to understand this. Our best memory was a meal in Holland at the restaurant “De Echoput”, where Peter Klosse imagined a meal around our light wines to highlight their finesse and complexity.

Plume is also an accomplice of Healthy snacking. On the rise, snacking – which means “nibbling” in English – is often equated with the term “junk food”. However, beyond fast food, it also includes salads, soups and sandwiches eaten on the go. The trend towards “healthy snacking” is growing and the Plume range is a natural fit for this. The simplicity of a meal or a picnic is not at odds with the idea of a good light wine as an accompaniment. And don’t forget the corkscrew! (screw cap)

Finally, we should not lose sight of the fact that the feminisation of wine consumption is accelerating and that women account for a large share of the wine market. Generally speaking, they appreciate lighter wines in alcohol, more aromatic, with an emphasis on fruit and freshness. The elegance, subtlety and drinkability of the Plume range then interferes with the feminine taste of the wine.

FALSE : By lowering the alcohol, one increases the aromatic expression. The problem is that defects are revealed. In fact, only good wines can be de-alcoholised. The others, on the contrary, are chaptalized.

FALSE : Alcohol gives a warm tactile sensation at the end of the mouth. Like spices, the threshold for this sensation depends on
your drinking habits. If you are used to tasting wines at 14%, you may find the Plume aqueous.
But conversely, if you get used to Plume, you will find all other wines burning hot.

3/ A LIGHT WINE IS LESS CALORIC

TRUE : Alcohol is, as everyone knows, caloric. Plume containing about 30% less than a normal wine will be in these proportions less caloric.
But dieting while drinking Plume is not the solution…

4/ 9 dEGREES OF alcoHol MAKES IT POSSIBLE TO CONSUME MORE

Very TRUE… Of course, I’m kidding! Two glasses of 9% Plume are more than one 13% glass. It’s mathematical, so you have to be careful.
But it is true that Plume being less concentrated, the alcohol migrates more slowly through the body and the effects of drunkenness are attenuated.

5/ A LIGHT WINE THAT HAS AGED BADLY

FALSE but true : Alcohol does not play a role in ageing reactions (condensation of tannins, oxidation). It is only a preservative from a microbiological point of view. So a good Plume wine ages as well as another good wine. However, these bottles rarely have time to collect dust in your cellar because they are drunk first. And that’s a good thing because we produce them every year!

The dealcoholisation : how does it work ?

The dealcoholisation technique is based on the reverse osmosis process. This filtration system on semi-permeable membranes appeared in California in the 1960s for the production of pure water. In viticulture, the work of the famous professor E. Peynaud has shown the interest of this technique for the concentration of must. More qualitative than chaptalization, the great estates of Bordeaux have equipped themselves with it.

When wine is run through the machine, the wine is concentrated and a permeate of water and alcohol is removed. The latter is sucked into a vacuum distillation column to separate the alcohol from the vegetable water, which immediately returns with its original wine. This is an exclusively mechanical process. Only the alcohol molecule is extracted, none of the other constituents of the wine are impacted. 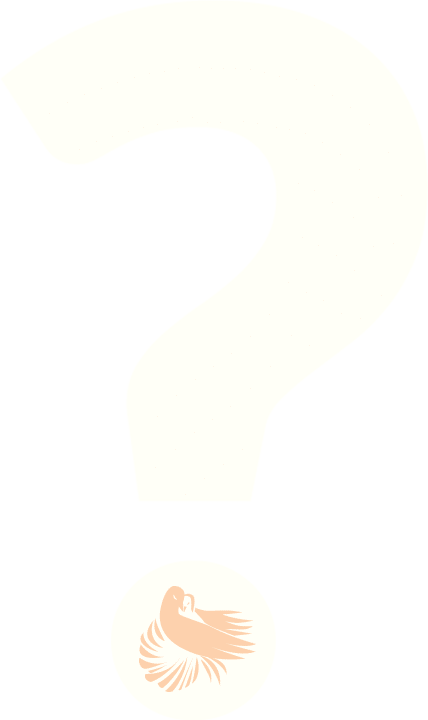